Comments on Shakespeare’s’ Fear no more to death….


Fear no more the heat o’ the sun;
Nor the furious winter’s rages,
Thou thy worldly task hast done,
Home art gone, and ta’en thy wages;

Golden lads and girls all must,
As chimney sweepers come to dust.
Fear no more the frown of the great,
Thou art past the tyrant’s stroke:

Care no more to clothe and eat;
To thee the reed is as the oak:
The sceptre, learning, physic, must
All follow this, and come to dust.

Fear no more the lightning-flash,
Nor the all-dread thunder-stone;
Fear not slander, censure rash;
Thou hast finished joy and moan;

All lovers young, all lovers must
Consign to thee, and come to dust.
No exorciser harm thee!
Nor no witchcraft charm thee!

Ghost unlaid forbear thee!
Nothing ill come near thee!
Quiet consummation have;
And renowned be thy grave!

Fear no more is an extract from Shakespeare’s’ play “Cymbeline”. The poem significance can be commented upon in isolation as it is with out referring its’ context. How ever as this is an extract from a play. knowledge about the context with in which this song is sung would also introduce some added significance to the poem. This is in fact a dirge, a song sung over the dead body of a person according to the plays context. This is sung by two brothers over the death of girl called “Imogene”. 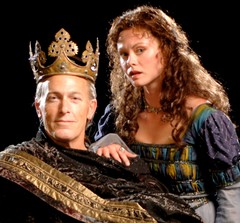 Imogene was the daughter of Cymbeline, the king of Briton and her mother being dead. The king married another queen. In the same palace there was an open boy called posthumous. Both of them fall in love which Imogene’s step mother resists.

She slanders to the king against posthumous and consequently he was banished to Italy. Later on he hears that Imogene was leading an adulterous life who sent his servant which instructions to murder the Girl.

How ever rather than killing the girl, he handed over her to a group of jungle dwellers. Later on she committed suicide and two jungle brothers sing this song with Imogene’s death body on the stage.


This context of love, Betrayal, Slander and death is significant to derive the full significance of the poem. Once striking future about the poem is the rather unusual perspective to death revealed in the poem. That is death is presented as a relief, release and a liberator. There for Shakespeare offers consolation for death In the form of a reward that one has earned a relief from all the pain and suffering that the human body is subjected to and also a particular state that can not be affected even by the ravages of such a thunder and lightning, summer heat or winter cold. Further Shakespeare also identifies death as some thing that can not be affected by even mans cruelty reflected in slander or censure.

It is also important to note that death made man released of his necessity to basic needs. Such as food and clothing. As such why presents death as a liberator. Shakespeare

Also conveys its universal applicability. For irrespective of mans’ position in life, he is subject to power of death.